Wednesday 945am
The homeschooling parents of Daerah Petaling had our second get-together and met new homeschooling mothers at Mc Donald BSD. I thought I might as well arranged a Mc' D kitchen tour for the kids as well. 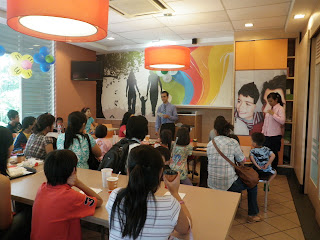 We were so thankful to have Angah who is so patiet with us and our children. He was willing to accommodate our group which consisted of children from 3 to 15 years old. In order to join the tour, each kid has to purchase a breakfast set meal.
The session started with a briefing at 945am where the children were divided into two groups. Group1 would be for children from aged 8 to 15. And Group 2 consisted of kids aged 7 and below. 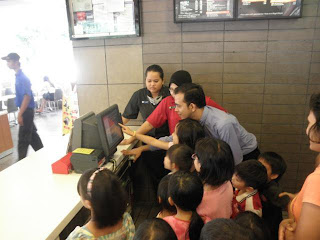 This was the second group of kids. He showed them the food-ordering screen. 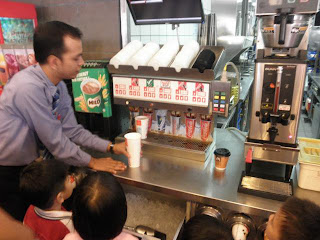 Drink dispenser. It reminded me of the good old times while I worked at KFC. 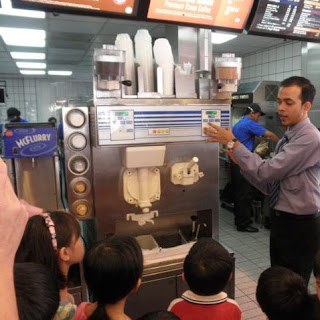 Over here, he showed us how to prepare ice cream cone and milk shakes. 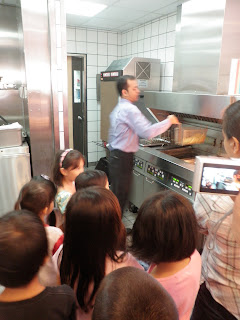 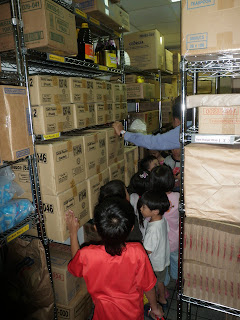 Drystore room.
We were also brought into the freezer room, where it was extremely cold.
Hui said "She doesn't feel cold" 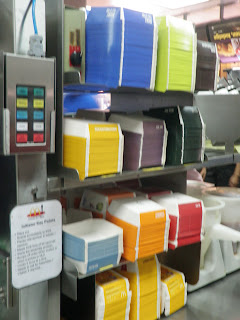 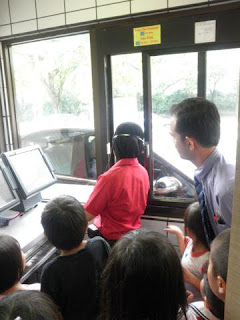 En said 'This is the best part of the tour' She always wonder how the drive-through worked from the inside. She loves the part where the car was spotted at the screen.
Related post - first gathering.
Posted by Ng Shannon at 11:14 PM