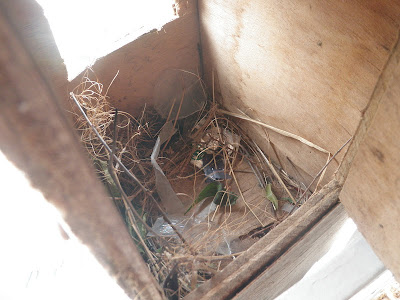 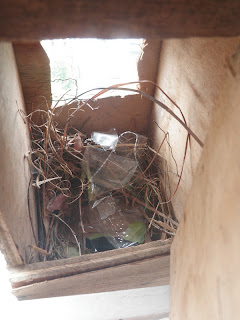 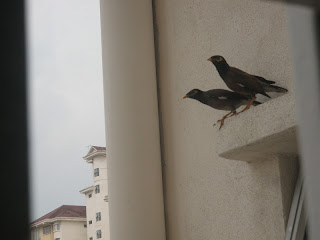 Both male and female built the nest together and they paired up for life.
Male is slightly bigger and brighter. 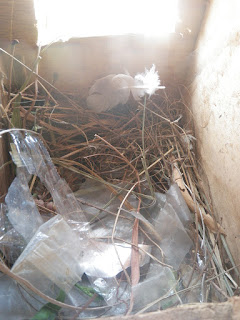 9 August 2012
The same pair of Mynah will keep the same territory and they will reuse the nest as well.
The nest was built in a span of 2 to 3 weeks before she finally laid eggs on 14 August 2012 morning.