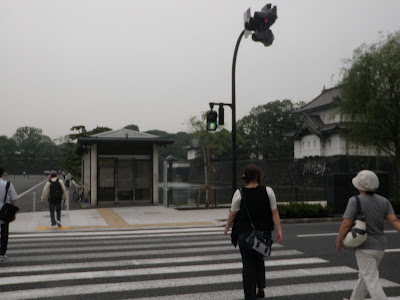 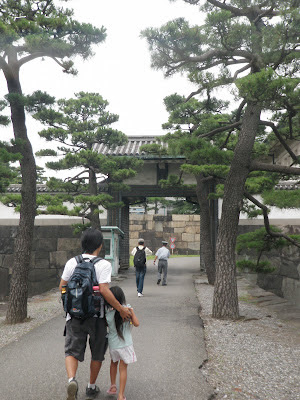 To apply for a tour of the Imperial Palace Grounds, click here.
The free tours are conducted on weekdays (1000am and 130pm). Morning tour is preferable as afternoon can be hot during summer.
Present your letter at the guardhouse and follow the guide in. You need to arrive at the guardhouse half an hour earlier. 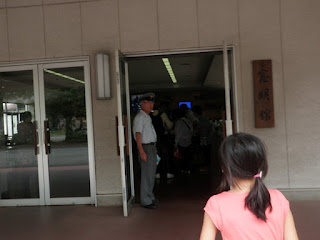 We were brought to Someikan (Visitor's hall) 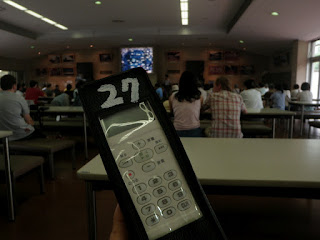 English audio guides are available but limited units only. Be early to loan one as the tour of the palace ground is conducted in Japanese only.
Children is not allowed to loan the audio guide. 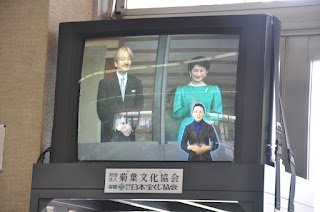 A video on the royal family in Japanese. And of course, we didn't understand a thing except recognizing the royal members.

After the video, the rules and regulation briefing (I guess) by our tour guide was also in Japanese language. 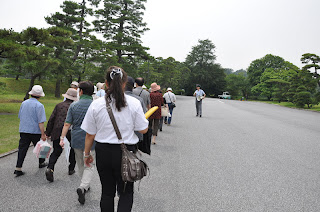 Then we were asked to line three by three and followed our guide but the lines went haywire the moment we  stepped forward.
The tour is about 2.2km walk and will take about one hour and half to complete it. 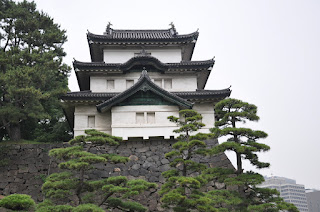 Fujimi-yagura, a three-stories keep, is one of the oldest remnants of Edo Castle. 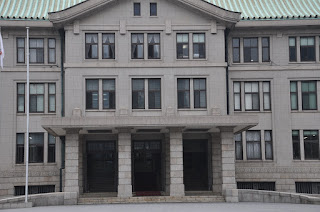 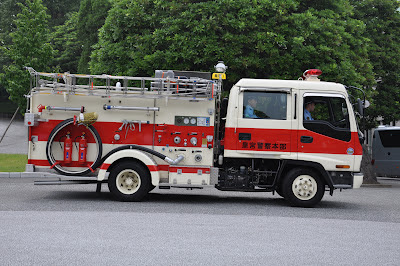 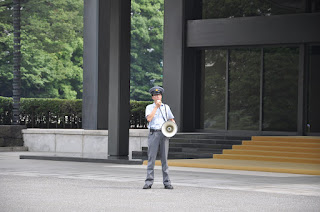 Our guide who spoke in Japanese