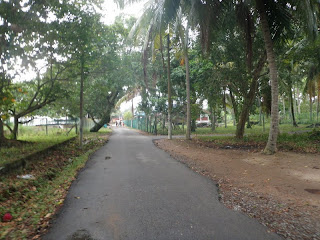 The walk from Ismah Beach Resort to Turtle Management Centre. Both are situated next to each other. 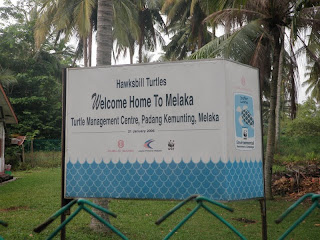 We were here with MNS, to watch turtle lays eggs. The lay-eggs season is from April to September. 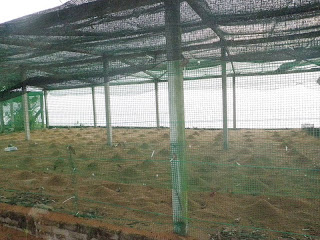 Hatchery which is just next to the beach. Lovely. 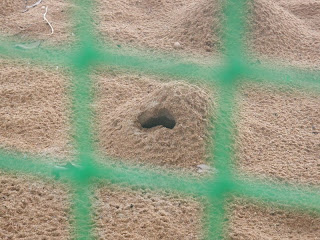 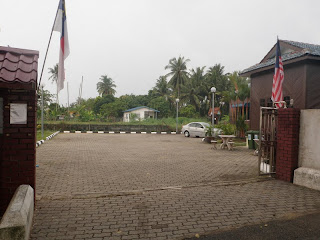 The entrance to the centre. 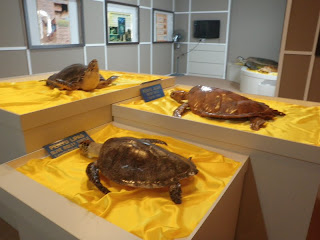 A small gallery inside the centre. 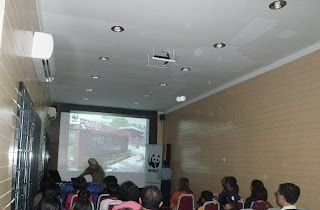 A talk was given by the MNS and WWF staffs.
Tools for measuring the hatchlings before releasing them.
Released hatchling at the beach. We were told to form two lines on the beach, perpendicular to the sea. The hatchlings were released by the MNS guides. The torch light was shone to guide the hatchling to the sea.
At about 1115pm, a hawksbill, the only turtle species in Melaka was spotted laying eggs on the beach front of the centre.
Posted by Ng Shannon at 12:54 AM