Besides feeding tiny insects and worms, the parents also feed some whitish stuff to its fledgling.
Male and female Mynah took turn to feed. 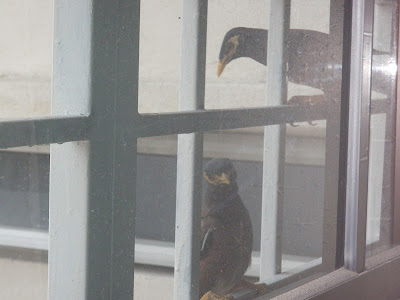 Both the Mynah have been guarding the nest aggressively. 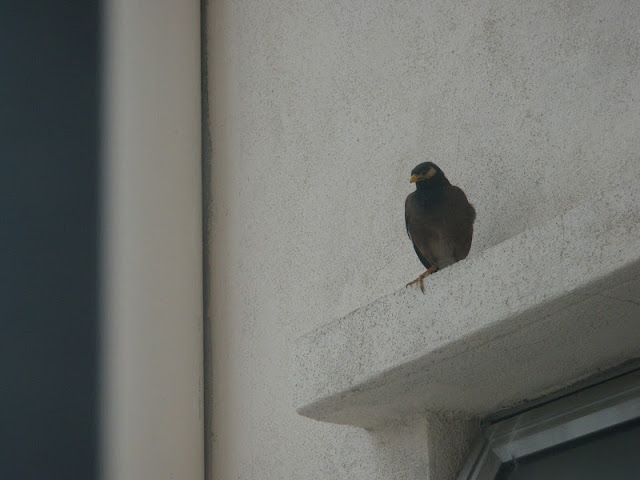 Have you seen a sleeping Mynah? It sat so still just like a statue!
Though tired, the female Mynah kept watch by its fledgling. 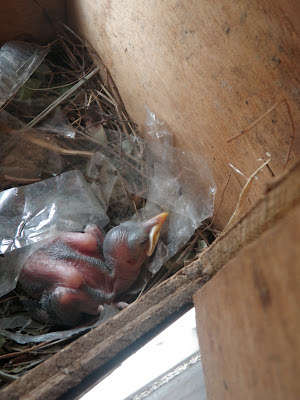 A 9 days old fledgling. The feathers began to grow. 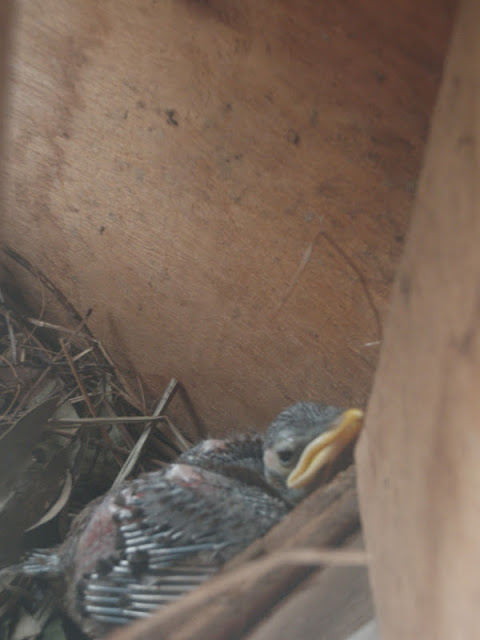 At 12 days old, its eyes opened.
Adult Mynah began to feed bigger insects such as grasshopper to the growing fledgling. 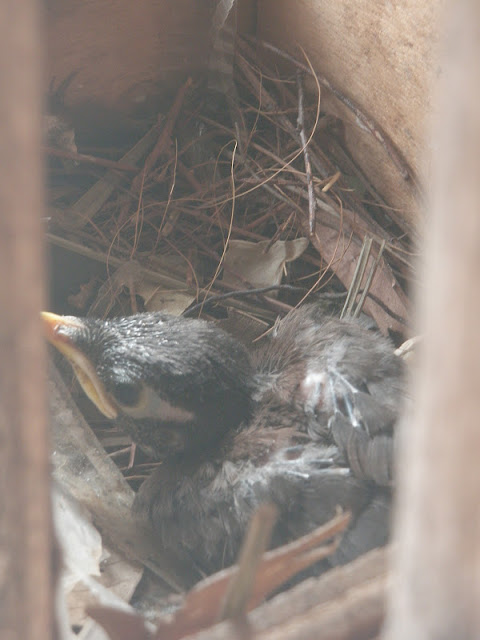 Fledgling at 17days old. 14 Sept 2012
Take notice of the bald area around its eye. The yellow colour is not prominent yet.

At such young age, the fledgling seems to be able to protect itself. When it senses a predator, it will duck down, keep low and still. 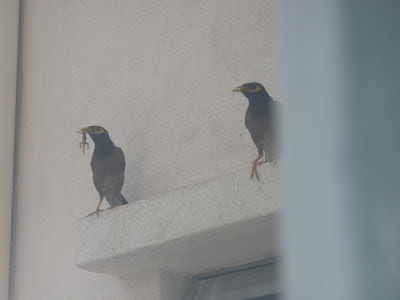 I got a shock when I saw a lizard dangling in the female Mynah's beak. It was the fledgling's breakfast!

Baby fledgling was flapping its wing on the 23th day. We read that the baby will fly at about one month old.

On the 25th day, when we came home in the afternoon, the baby bird wasn't at home! Shortly after that, the mother Mynah flown back with food in its beak!  I sensed something amiss and went out to check the ground. After searching for a while, we saw a cat got hold of the baby bird! It was dead. Yes, very sad indeed. My older kid was crying buckets. She was still saddened by the incident. How could such horrid thing happen to a young bird, she said. Both parents Mynah were squawking loudly when they saw their dead baby. We waited for them to mourn and fly away before burying the baby bird.

MNS Bird Group would probably be thrilled with your photos and post :)
We found an orphaned baby mynah outside the SPCA 2 - 3 months ago. My friends tried to raise him, but he died after 2 days because he was too weak :(