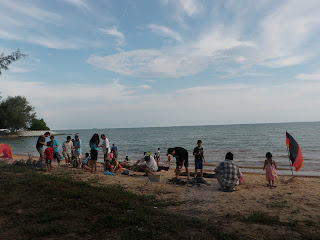 The group setting up fire for barbeque.
The german flag belongs to Emil, a 16yo student exchange from German, hosted by YL's family. 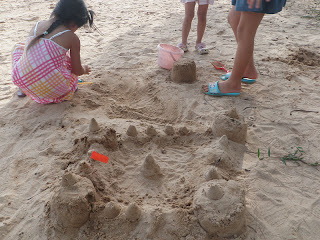 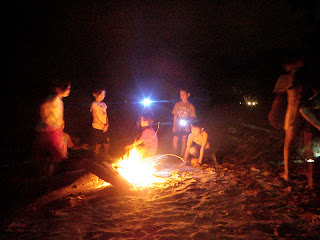 Campfire at night.
The kids had a singsong. Emil belted out a German tune. 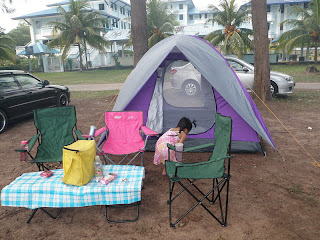 Our tent and chairs and makeshift table. 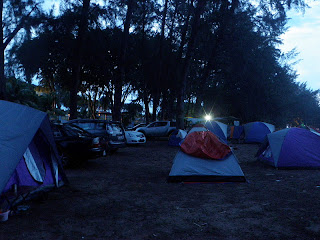 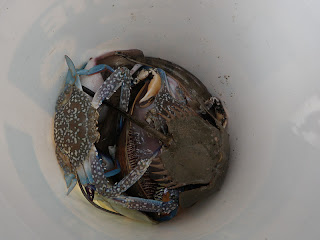 Catch of the day from the net set out the night before.
Horseshoe crab and Bailer snail were released back to the sea.
Bailer snail could be found in shallow murky sea water. It was our first encounter on the dazzling snail.
EnHui remembered the bailer shell from Cherating which I didn't take note of.
The horseshoe crab reminded En's on uncle s.c 's catch in Cherating with a hand net.
Next time, we will cast a net instead. 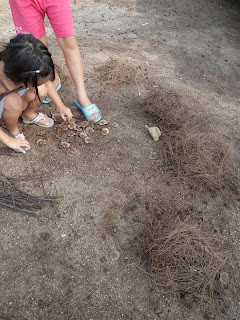 After her failed sand-selling business the night before, En decided to sell "hay" in the morning.
There is no toilet/shower facilities at the beach. Do bring along a huge umbrella for shading.  :)
Posted by Ng Shannon at 12:03 AM