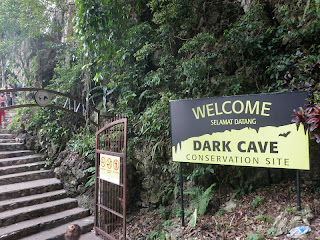 We always know about the existence of this limestone cave, but it never crosses our mind to explore this. Well, today we finally did. 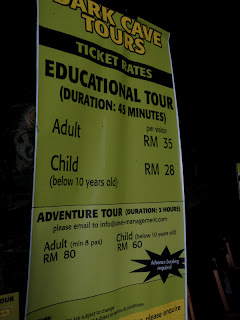 The entrance fee into the cave. 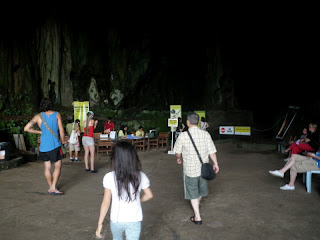 The huge chamber at the mouth of the cave serving as registration counter. 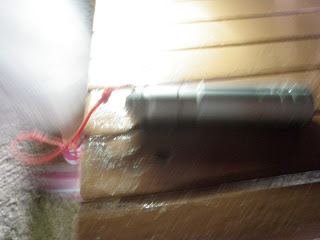 They distributed torch light to every participant. 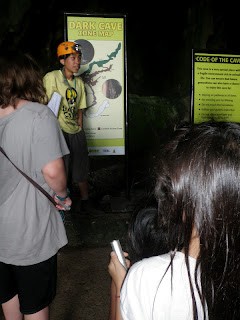 Zasree, our guide, briefing us on the trip ahead of us and the do's and don;t's. I thought we were lucky to have him as our guide, as he was very knowledgeable about his work. 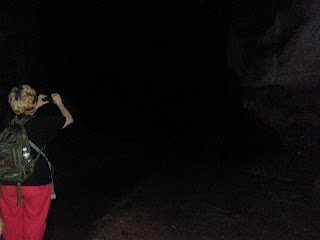 Walking into the cave. There is no man-made light seen, except for our torches. 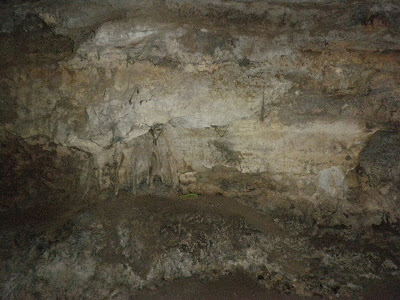 Can you spot the green colored viper? The guide said the snake is not the inhabitant of the cave and it is there most probably taking cover from the incessant rain that poured in the past few days. 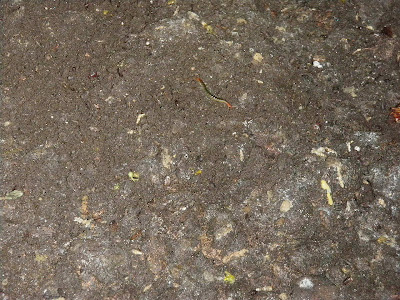 Observed our first inhabitants of the cave, centipede roaming on the surface of bat guano. It led me to conclude that the cave's ecosystem is still functioning. 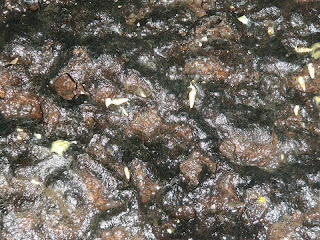 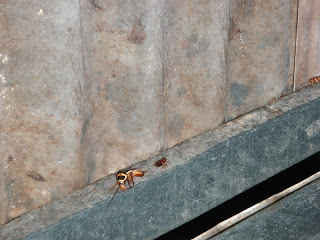 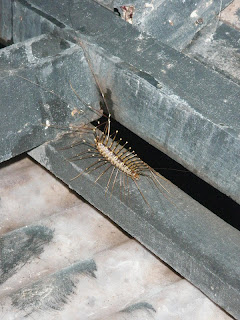 Long-legged Centipede. Note the long legs and if you are very close to one, you will see that the centipedes have a pair of very long antennae, which helps to feel their way in the midst of total darkness. They do have a pair of eyes, but it was told to us that they are most probably blind. Nature at work. 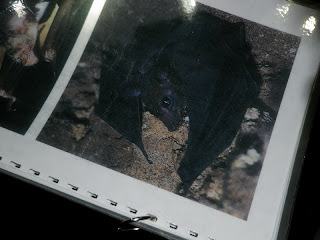 This is one of the species of bat living in the Dark cave. A fruit-eating bat. There are about 12 (or maybe 20) species of bat inhabiting the cave, said the guide. 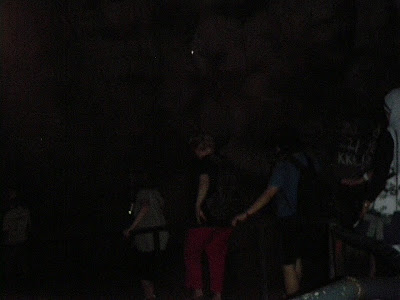 Metal railings along a cemented 4' wide path. It can be slippery at a certain portion as a result of dripping water. 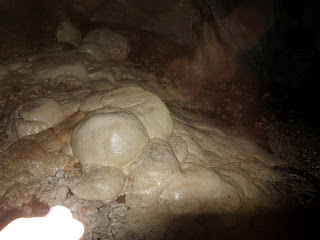 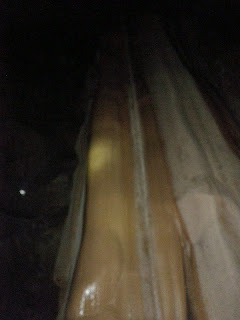 Flowstone. Still alive. We observed water still flowing down from the ceiling of the cave down to the bottom. 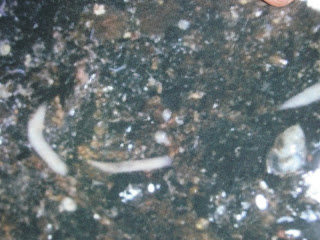 Flat worm, endemic to the Dark cave. Can't find nowhere else. Living in the pool of water just beside the flow stone. We were told that it has very special regenerative capability. Should one cut the worm into half, both will regenerate themselves. 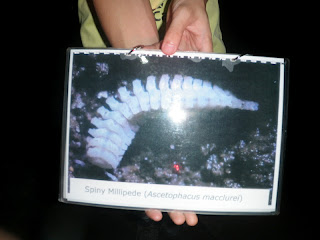 Spinal millipede, another endemic inhabitant of the Dark cave. Real size about half a centimeter. Likes to hangout in the area behind the flow stone. 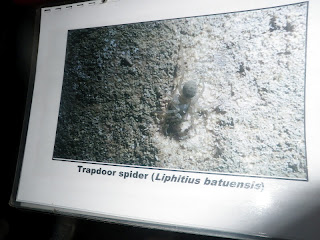 The guide also shared with us some of the other living organism of the cave. 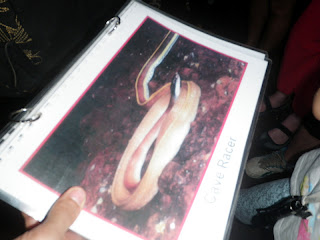 The snake that slither up the walls of the cave and lunch bats. This Cave Racers are constrictors.

At certain juncture of the journey, Zasree will stop to point out and explained passionately about features of the cave and its inhabitants.  I thought he is very passionate about his work. By far, he is the best guide that we have encountered. 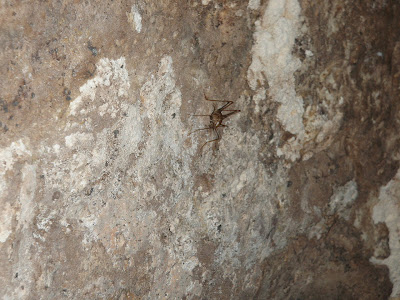 As we were heading back, we saw a cave dwelling cricket. The guide to told us that this cricket will eat its own hind legs, should they be hungry enough. However, the legs will grow again.
Posted by Ng Shannon at 12:13 AM

Good sharing, Dark Cave is biologically one of the best examples of a tropical Southeast Asian cave. It is a natural heritage site of tremendous scientific and conservation value. Dark Cave Conservation site is a show-cave dedicated for education, research and eco-tourism. See detail visit:
http://kidbuxblog.com/cave-management-group/