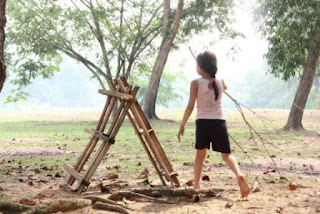 Thank you Martha for the photo.

We came to Ruby Resort again. This year, there are some new budget cheaper rooms. Margosa has no attached bathroom and air-conditioning and just a mere RM 100 per night. I talked to the kids and they had no objection about saving up some money in the accommodation. And I think it was also an opportunity to go through the emotion of having the least among their friends. They were cool when friends came over the room. The younger one was comparing between more and less, and a discussion was brought up on spending and budgeting and the difference between needs and wants.