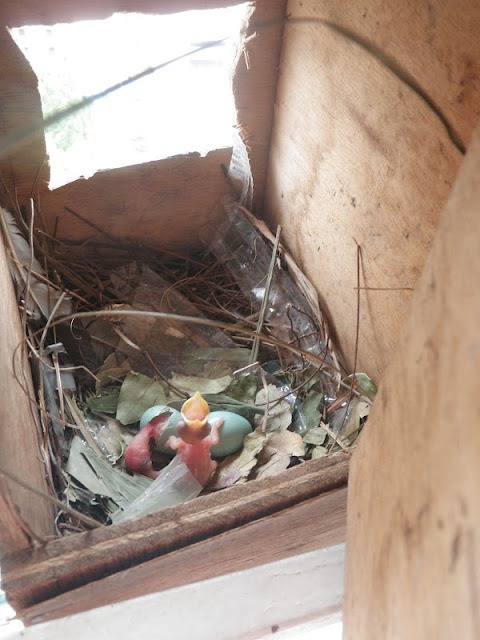 The first two eggs laid by the female Mynah on 14 Augsut 2012, have hatched this afternoon.
It took 16 days.

In the photo, a fledgling is seen opening its beak wide for food. I read that tt has to be fed 15 times in an hour! The parents Mynah are seen flying in and out, feeding it with insects and worm.
One of the four eggs was missing!

Shortly after, the other fledgling stood up and open its beak wide as well.
My older kid who wanted to keep the empty egg shells, couldn't see it anywhere. We did a google search and found out that, the female bird will either eat the shell as it contains nutrients or discard it to prevent predator from finding the baby.
Posted by Ng Shannon at 12:56 AM