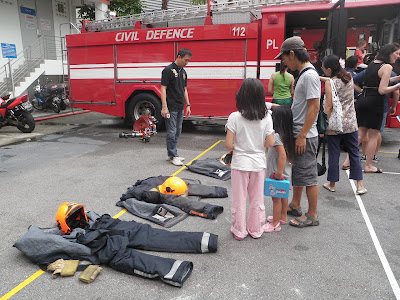 Feel free to put on the fire fighter uniform.

The central fire station at Hill Street opens to public every Saturday, from 9am to 11am. You can just walk in.
There is a parking space right next to the Peranakan Museum and it is a short walking distance from there, passing by the Singapore Philatelic Museum. 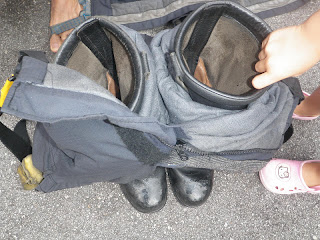 The pair of boots were well padded. 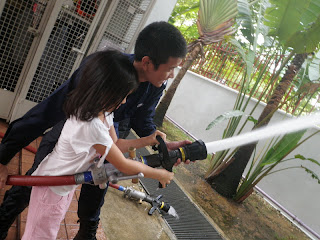 The friendly fireman not only let us sprayed the water but also showed us how to operate the nozzle.


Firemen demonstrating how to slide down the pole, in an American style and Singaporean style.
The video showed the Singapore style. 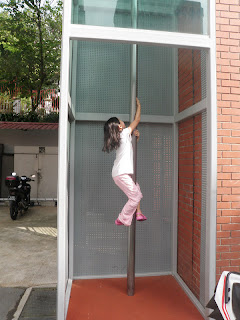 She shinnied her way up. 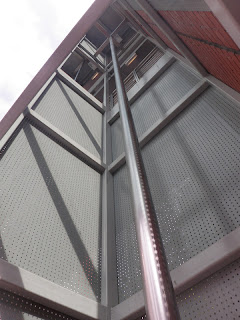 A shot at the pole from the bottom. 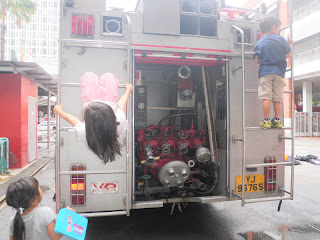 Kids got to climb up and have a look at the top. 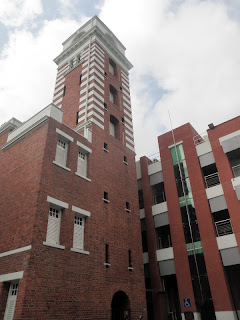 A century ago, this is the tallest building in Singapore.
The fireman used to station right up there at the watchtower to spot fire. 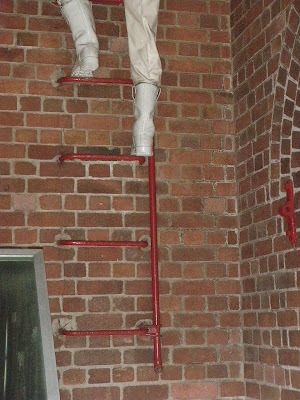 When a fire was spotted, the fireman would shout through the voice pipe. Can you spot the end of the voice pipe next to the cat ladder? It is still in full working order! 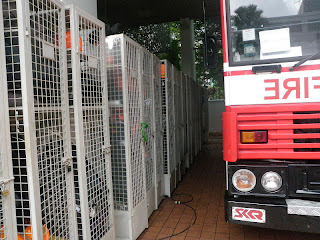 An explanation of the fire drill and he jokingly told us, the firemen slowed down their action on purpose, in order for us to take photos. It is much faster in actual situation and we were told not complain the slow action over the social media network! 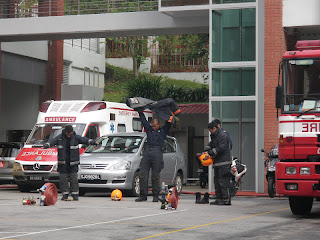 We were showed how the firemen reacted to the actual fire alarm, with a complete siren, donning on uniform, unrolling the hose to attacking the fire.

Part of the video on the fire drill. 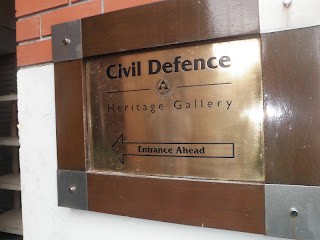 We were ushered to the Civil Defence museum once the fire drill has finished. 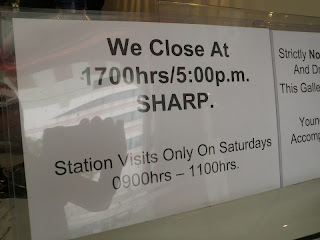 Check the time. It is close on Mondays. 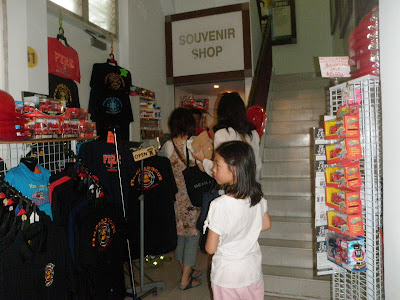 Souvenir shop at the museum. :) 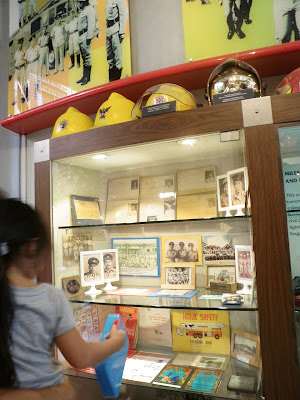 Old records and stuffs of firemen. 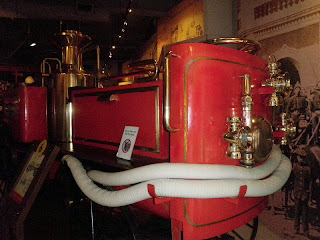 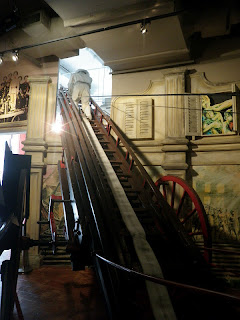 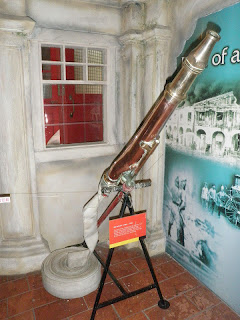 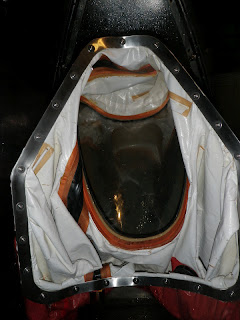 Put your arms and body in to feel the total protection of the 8kg high performance suit. Water will be sprayed at the uniform once you stepped on the platform. 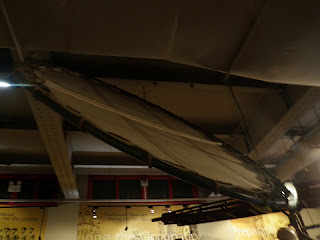 Jumpnets of the past. Twenty firemen were needed to hold the net. 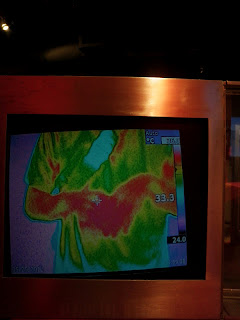 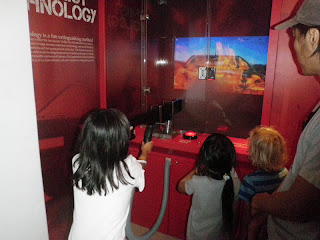 Stimulators where the users sprayed on the affected area with water.

The above are just some of the displays at the museum. Allocate at least two hour here.
I was really impressed with it.
A guided tour can be arranged for a group of 20 people. We were fortunate enough to have a retired fireman showing us around and shared his experience generously.
Posted by Ng Shannon at 12:26 AM