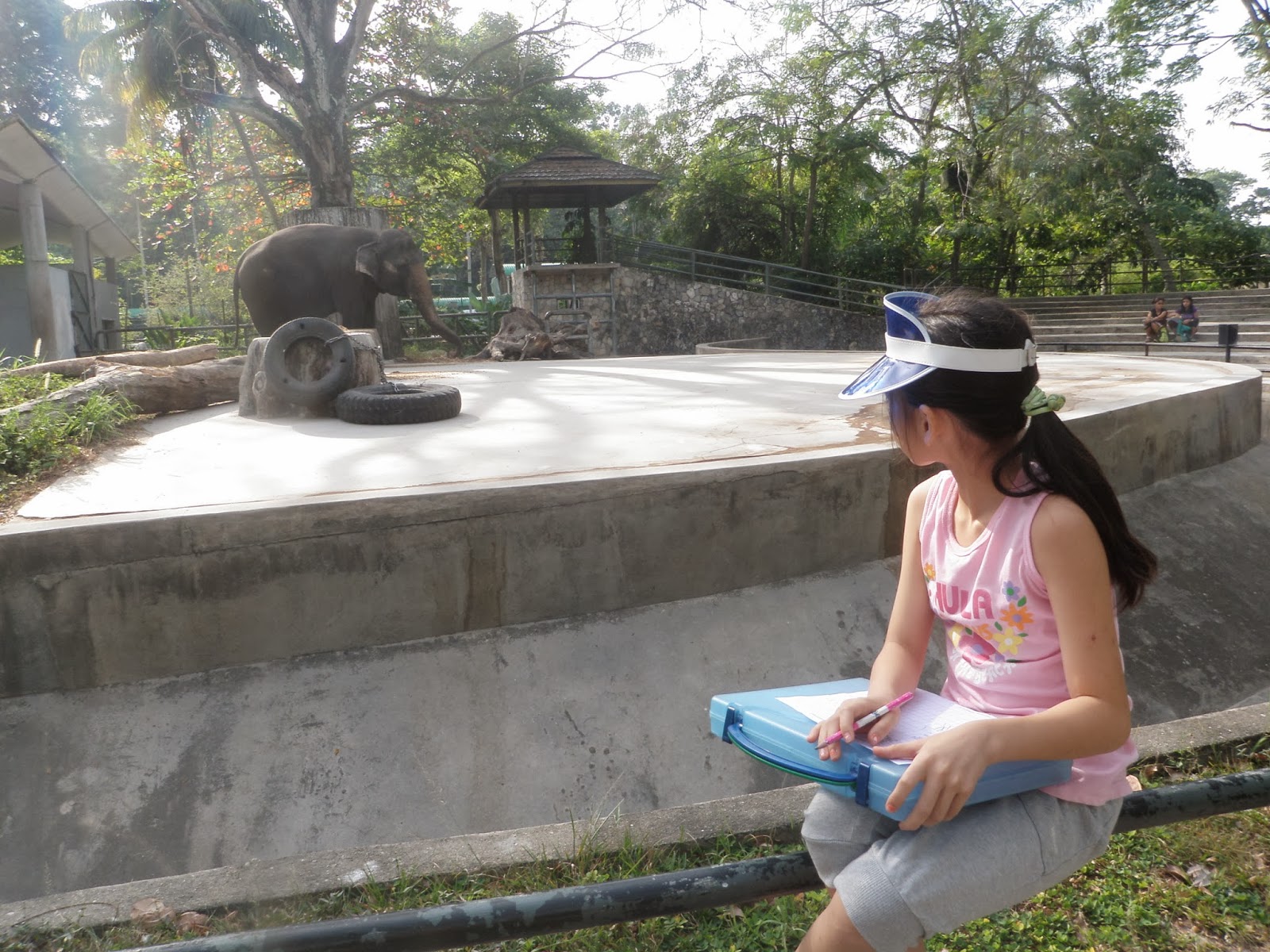 She loves the observation task.

"Most of the time, Sibol and Siti were eating " commented En. I guess that was because the observation time was early in the morning where both elephants were just being released to their enclosure.   "Cynthia Moss observed the African Elephants for 40 years! ", I told her.  We do need a lot more time to really understand Sibol and Siti.

She did some reading on elephant enrichments that have been done  and read about Asian Elephant on the internet. From there, she would need to think of a suggestion with regard to a reasonable cost,  feasibility and from the elephants point of view.