Term 2 of scout ended with an overnight camp at Sg Sendat. 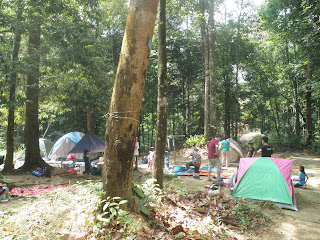 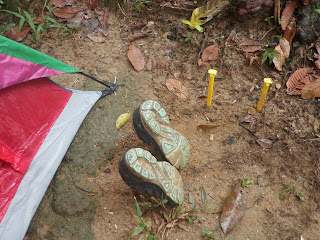 The yellow tent pegs was turned into some sort of shoe holder by En. 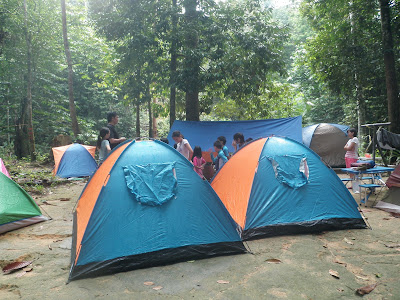 En, was the scout leader for the camp. 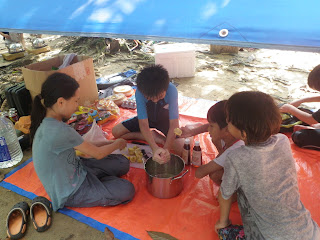 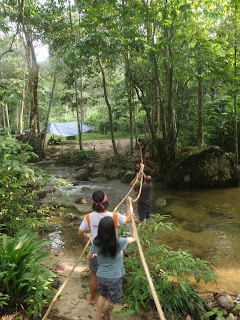 Quek took so much effort to build the flying flox over Sg Sendat.
The gunny rope had to be carried across the river without getting it wet.

It made the kids so so happy.

Song and ghost stories at night.
Kids were also divided into group and were led and stayed in darkness for almost 15 minutes, with their survival kit 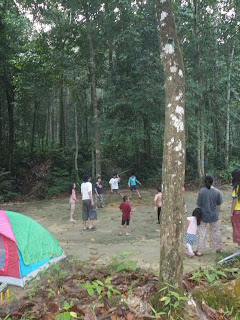 Warm-up excercise early in the morning before they were led to hunt for the hidden food. 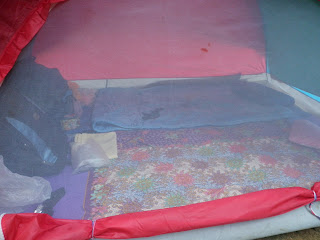 The girls' tent in the morning, nice and tidy. :) 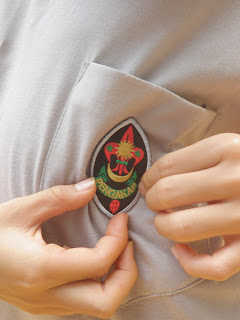 They have earned the "Lencana Keahlian" (Cub Scout Badge) !!!
The scout master presented them the badge after reciting "Persetiaan Pengakap"  Both grinned happily.
Thank you so much, Quek TL. We are looking forward to Term 3.
August 2015 scout here.

Hi, how did you get to know Quek and joined his Scout team? I am interested.

If you look under *scouting* label, you will find Quek 's contact there.

It was organized by a another HS mom and I just joined in.