Sunday 9am
Gua Kandu, a limestone cave, unlike the caves that we have explored, is in pitch dark and with no steps to walk on. We faced some rock scaling and sliding challenges instead. This cave was previously used as a communist base.
We took the excursion from Adeline Rest House, at RM40 per person, which includes transport, safety helmets and two guides, Ken and Ah Long. Both guides are excellent - helpful, patient and humourous. You need to buy your own headlights.
Alternatively you can contact Ngah, our orang asli guide to Ulu Geroh Forest Reserve who will bring you to Gua Kandu for RM35 per person with no transport and no safety helmets. 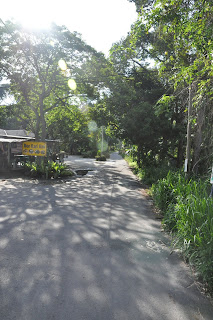 It was an exciting 15mins journey to Gua Kandu, standing on the back of a pick-up. We got a good view of  Kg Pintu Padang while trying to avoid branches, leaves and even durians above our head.  The road is a single lane with two way traffic. At times, we could chat with visitors  who stood on another truck, while the two vehicles trying to swerve to the side to make way for each other.

Ah Long helped Hui out of the truck. 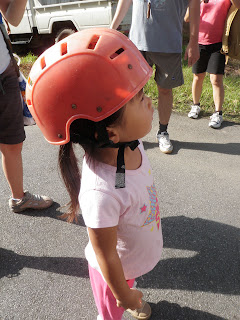 We were given helmets when we arrived. According to the guide, Hui( 3years and 10 months old) is the youngest Gua Kandu cavers! 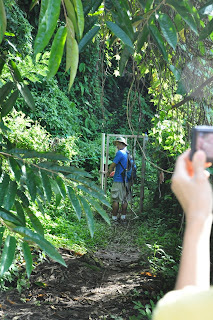 The forest near the entrance of Gua Kandu. Ken, our guide opened the locked gate.
It rained heavily the day before, the steep path up the cave was slippery and muddy.
The caving excursion lasted 2 hours from entrance to exit.

A short forest trek to the entrance of the cave. 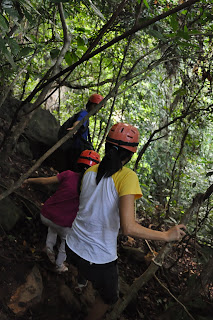 It was so steep and we have to hang on to ropes and branches. 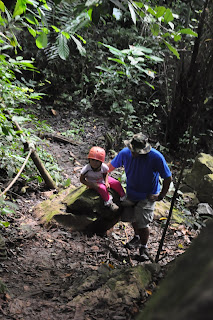 Kent carried Hui on his shoulder and waited for us at a clearing. 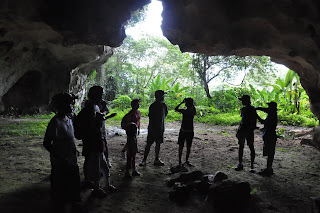 Entrance to the cave.
Ken gave us a short briefing on how the name of the cave was derived and some safety measures. There are 360 chambers inside the cave and we will only explore 9 of them.
The name Kandu originated from a local boy, also named Kandu who went inside the cave and never came out.  Ken warned us about sighting of the boy in cave and not to bring him out, which made me quiver. Before we walked into the cave, we were told to walk in a line, with Ken in front and Ah Long at the back. 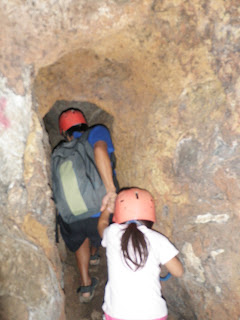 After switching on our headlights and prayed to God for our safe return, we followed Ken into the dark cave through a narrow tunnel. 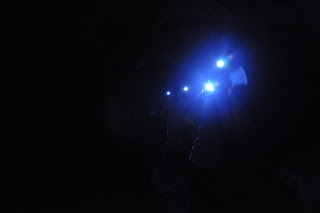 At some part of the cave, even shorty Hui had to squat and walk. 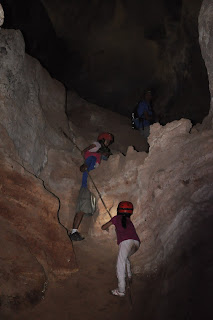 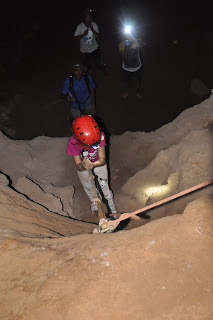 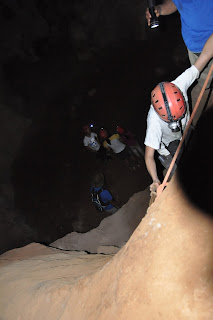 En climbed each and every part of the caves at ease. She kept asking the guide where Kandu, the little boy is, which made me shuddered.
Below are some snippets of the cave formations. 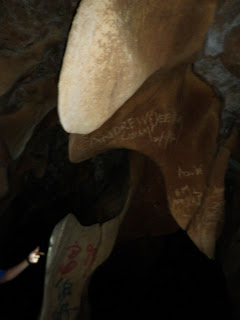 Shelfstone created by wind and water. 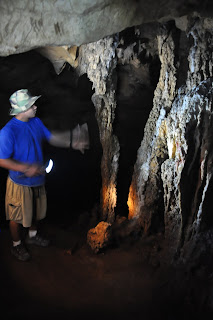 Column - where stalactites and stalagmites joint.
It takes a 100 years to grow an inch, said Ken. 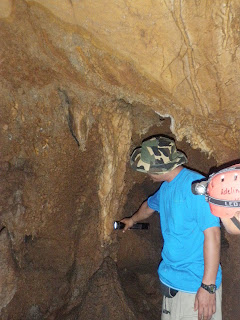 When Ken shone the torch light through the column, we observed that the column was translucent. This means the column is very strong. 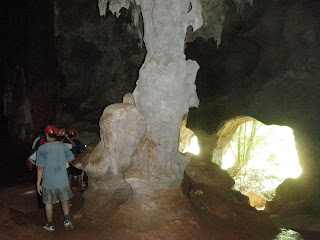 When we reached this opening, we were told that we can't get out from here because it's a steep cliff outside 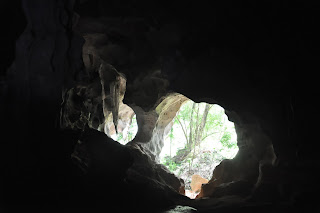 I am not really keen in caving but can't help and marvelled at the nature formation of each and every part of the cave. 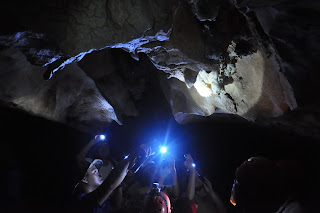 Trying to get a glimpse of the bats. 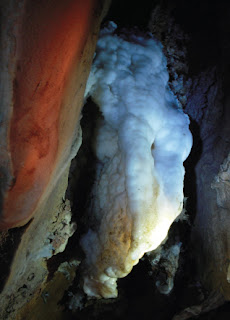 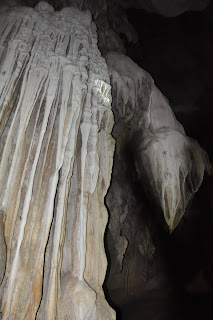 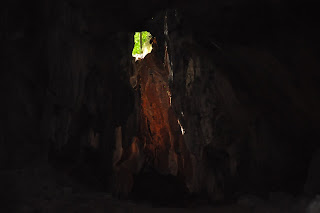 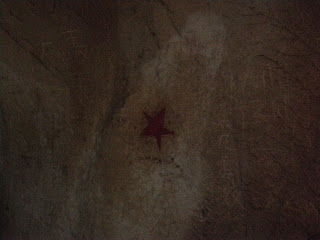 One of the three stars in the cave which represent communists. 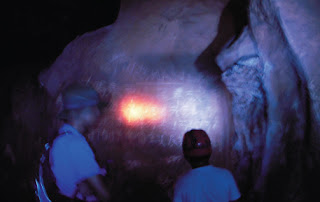 Wil read the chinese writings carved by the communists.
Posted by Ng Shannon at 11:12 PM