We came here with 4 other mothers and their children. As it was a Thursday, there wasn't any crowd. The kids got to ride multiple times on all the rides.

It isn't hard to make a decision to homeschool, knowing we have all the flexibility and freedom in life. 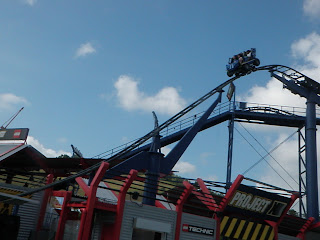 My younger Hui went up the roller coaster for the first time. Her height was just below the line of the minimum height requirement and the staff kindly let her in.
Seeing her so sure of going in, I trust her and let go of my worry.
She came out smiling while saying it was so fun. 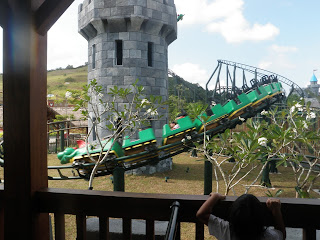 I thought she would also take the second roller coaster which was much lower and not as fast. But it turned out, she didn't want it but observed from a far. I didn't want to tell her it is not scary where usually parents will do so. I think it is scary to me. If I have the choice of not going up, she should have hers as well. 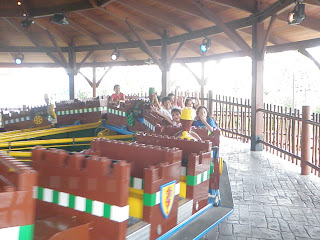 Then, little Hui took this one and others ride that followed. This assured me that she knows what she can take and how far she wants to go. 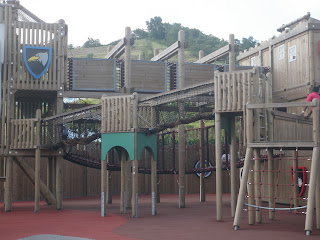 There is a playground at "Lego Kingdom" for young children within the vicinity of the rides for older children. 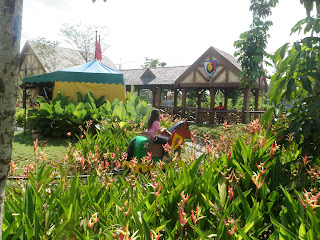 I had a good laugh seeing all the different facial responses to all the nine children on this ride. That shows that every person feels different toward one same ride. 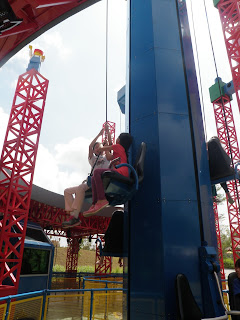 Hui decided she had enough after one try.
I think vertical height must be something very different from fast rides that go horizontally. She would take the latter multiple of times and not the former!
I can't feel the different as I never comfortable trying it. 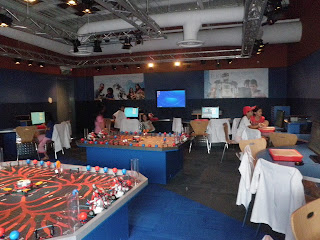 Lego Mind Storm workshop for 8 year old and above.
45 minutes per session.
L registered us for the 1 pm workshop which was a wise move to avoid the hot sun after the 12 pm lunch. 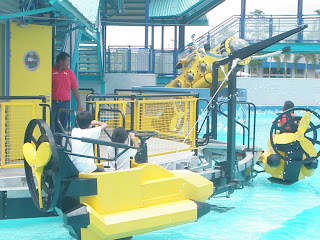 I like this one the most ( I didn't take the ride). It has water splashing hence it was cooling to play with under the hot sun at 2pm. It is located across the Lego Mind Storm workshop. 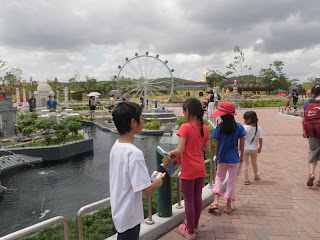 We didn't spend a long time at Mini Land as we tried to cover all the rides. 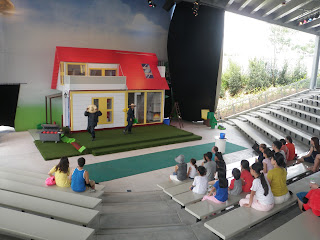 The show at 3pm to avoid the passing drizzle. 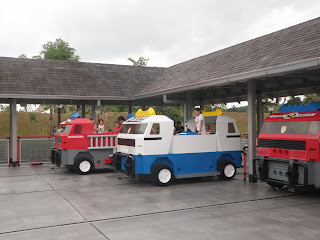 Looking at the photos, I observed how the children took a ride with any of their friends and they simply played with anyone and never choose side. 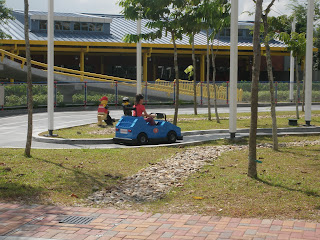 En rode on the car happily.
Hui felt she wasn't sure if she could ride on this but went on the car and stepped on the pedal after some persuasion from the staff. She told them, she can't do it and walk off. 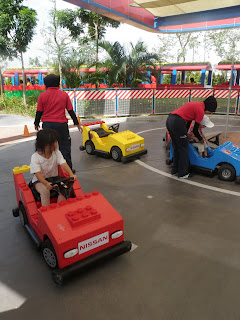 She went to the smaller cars ride instead and still wasn't sure. Her car was stucked at the curve and she walked out of the ring.
Then I saw she observed from afar and after a short while, she told me she is going to give it another go. Then, I saw her riding many rounds comfortably.
During the process, I didn't utter a word and just listened to her and nodded with how she felt. 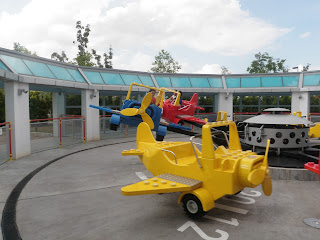 The ride that goes around and around is one of the favourite for my children. 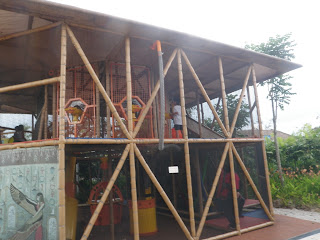 Another playground at "Land of Adventures" 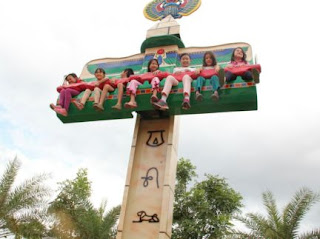 Another vertical height ride that Hui took once only. :)

Yes, I have noticed that your girls will befriend and socialise with anyone! Homeschooling and unschooling has worked so very well for your family. Your girls will make friends with anyone because they have not been taught discrimination and prejudice. They will engage in any activity because they haven't been told that they can't do it. They were not told that they are not capable of a particular activity simply because they are girls or not old enough or tall enough or big enough, therefore the sky is their limit. Good Mum, Brilliant Kids.